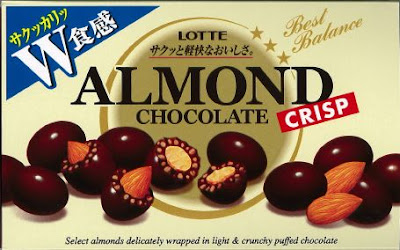 My seminar, a group of 11 students in the Faculty of Foreign Languages has been looking at the way English is used on food products in Japan. The students brought in samples of various kinds of products and searched the various manufacturer's websites for illustrations of their packaging.
We found that there was considerable consistency in the way English was used, but that the degreee to which English was incorporated in the product depended on the product line. It appears that products aimed at younger audiences and those for snack foods tend to sport more English than other products. We made the following observations: